Google Doodles – Whatever We Think is Cool

I’ve often wondered who decides what is an appropriate subject for changing up the Google home page with an altered logo. Saturday we saw a Charlie Chaplin video tribute on his 122nd Birthday. 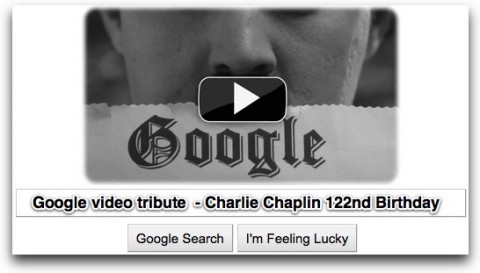